When buying a turbocharger at TURBOCHARGERS-SHOP.COM you can be sure that you have made the right choice. We are an experienced supplier, which is why we guarantee professional service during the complaint process. We will do our best to make your case run smoothly and successfully.

Due to the product specification of the turbocharger and the number of factors affecting its correct operation, testing of the complained turbines is carried out by a specialised point authorized by the turbocharger manufacturers. This is where it is determined whether the product has a manufacturing defect or damage/malfunction resulting from incorrect installation/operation. Each examination is completed by conducting an expert opinion with a technical description of the case and attached detailed photographs.

How does the complaint process look?

Before contacting us, please provide your order number and invoice number, then write to: info@turbochargers-shop.com

We receive your submission. You receive a complaint form from us or you can download it here. Fill out the form.

3. COLLECTION OF THE COMPLAINED PRODUCT

We will arrange a courier* to collect the turbocharger from you. Remember to secure the product during packaging and attach a printed and completed form with a signed warranty card and a copy of the proof of purchase (invoice).

A specialised service carries out a turbocharger test and analysis.

We will issue a decision which we will be sent to you by e-mail. You will receive a complaint report made on the basis of an expert opinion carried out by the service.

You can decide to exchange the product for a new one.

If you decide upon a refund, you will receive the funds to the bank account you indicated or to the card from which the payment was made.

If you decide to return the product, it will be sent to the address you specify. The cost of delivery is incurred by the buyer**.

We will propose to improve the product at a price adequate to the costs that we have to bear to restore a new life to the turbocharger.

PURCHASE OF A NEW PRODUCT WITH RETURN OF THE COMPLAINED PRODUCT

You can decide to buy a new turbocharger with the option of lowering the price by the value of the damaged product. Individual valuation.

If you decide to dispose of the product, it will be destroyed in the service in compliance with applicable environmental protection regulations.

*We assume that the customer is right to file a complaint, which is why we bear the cost of collecting the claimed product on our own. The condition of free delivery is the receipt of the item via courier ordered by us.

**In the event of a negative decision, the cost of re-delivery is borne by the Buyer.

WHAT TO DO IF THE SHIPMENT IS DAMAGED AT PICK UP?

If you find that the parcel is damaged when receiving the goods from the courier, write down a damage report in presence of the courier (every courier has one with them). A properly written report will be the basis for a warranty claim.

ARE THERE ANY ADDITIONAL FEES FOR COMPLAINTS?

Additional fees may arise in the event of a negative complaint decision (re-delivery cost, product improvement).

WHO INCURS THE COSTS OF DISASSEMBLY/REASSEMBLY OF THE TURBOCHARGER?

Until the decision on the complaint is made, all costs associated with the disassembly/assembly of the product shall be borne by the Buyer. In the event of a positive decision, the Customer may apply for reimbursement of expenses incurred related to the product complaint.

As a consumer, you can use out-of-court complaint handling and making claims also via the ODR platform. This platform is intended to facilitate the independent, impartial, transparent, effective, quick and fair out-of-court settlement of disputes between consumers and traders regarding contractual obligations arising from online sales contracts or contracts for the provision of services concluded between consumers residing in the European Union and entrepreneurs established in the European Union.

PURSUANT TO ARTICLE 14 ITEM 1-2 REGULATION OF THE EUROPEAN PARLIAMENT AND OF THE COUNCIL (EU) NO 524/2013 OF 21 MAY 2013, CONSUMERS MAY USE THE OUT-OF-COURTE MEASURES FOR SETTLEMENT OF DISPUTES RELATED TO A SALES CONTRACT OR CONTRACT FOR PROVIDING SERVICES CONCLUDED THROUGH THE INTERNET.

The European ODR platform is an interactive website through which, as a consumer, you can submit your complaint. Electronic link to the ODR platform: ec.europa.eu/consumers/odr.

Bent or chipped rotor blades or compression wheels are damage caused by a foreign object that has entered the suction or exhaust body.

Check/replace oil pump along with relief valve. Check the lubrication system together with the hose responsible for lubricating the turbocharger. Clean and check the condition of the oil pan - replace it with a new one in case of dents. 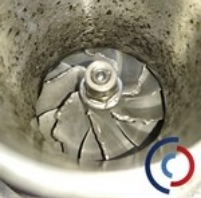 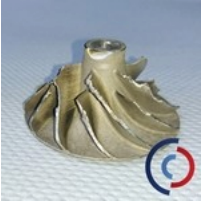 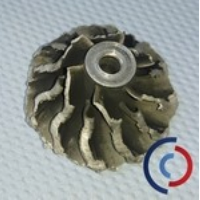 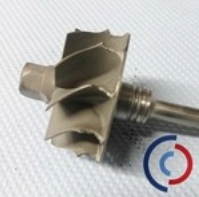 A longer oil pressure shortage burns and damages the bearing surface and turbocharger rotor. It also causes thermal discoloration of these components.

Check/replace oil pump along with relief valve. Check the lubrication system together with the hose responsible for lubricating the turbocharger. Clean and check the condition of the oil pan - replace it with a new one in case of dents. 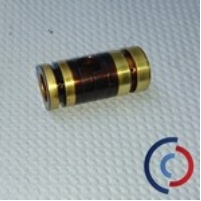 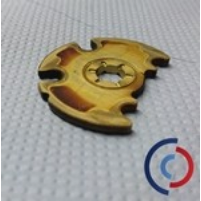 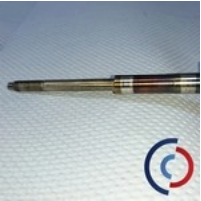 Repeated short breaks of 4-5 seconds can lead to burn-out and polishing of the bearing surface.

Check/replace oil pump. Check the lubrication system together with the hose responsible for lubricating the turbocharger. To avoid damage after prolonged non-use of the vehicle, start the engine for a few seconds, turn it off and repeat the operation several times in order to completely fill the pipes and the turbocharger with oil and bleed them. 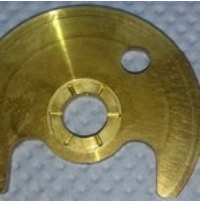 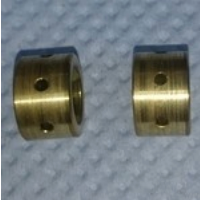 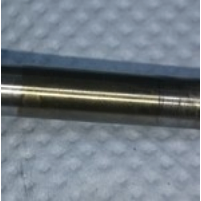 This type of damage can be avoided through using and regularly changing high-quality oils and filters. Remember to change them regularly according to the manufacturer's instructions or even more often!

5. DAMAGE TO THE MECHANISM OF VARIABLE GEOMETRY

Stuck or burned blades of variable geometry are a common reason for overcharging or lack of charging of the turbocharger. Due to the oil deposit on the variable geometry, the car can enter into emergency mode and have a significant power drop.

You need to correctly diagnose the cause of damage and correct it. In 99% of cases this will be one of the above reasons. To avoid failure of the variable geometry mechanism, we advise you to check: the particulate filter, injectors and oil pressure. We recommend regular longer rides, where the mechanism has the chance to warm up and get rid of carbon deposits. 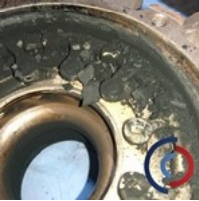 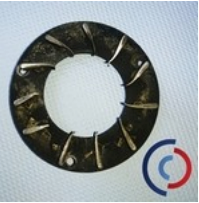 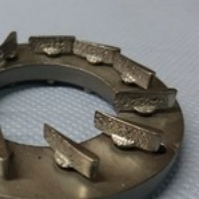 Higher temperature transmitted from the exhaust body of the turbocharger to the body of the core contributes to the burning of oil and causes corrosion of the subassembly bearings. Excessive exhaust gas temperature or engine shut-down too quickly after operation causes an accumulation of carbon resulting from burning oil. The rotor sealing ring and its location (turbine shaft groove) and turbo bearing are primarily exposed to damage. The burnt oil also blocks the oil outflow, and its accumulation causes friction, which consequently bends or cracks individual parts of the unit. The engine may also ignite due to overheating.

The intake system is responsible for supplying air to the engine (in units with direct fuel injection) or air-fuel mixture (in engines with indirect injection). Real problems arise when engine oil begins to accumulate in the intake system. Under no circumstances should it be there!

The reason for oil retention in the intake, often disregarded even by mechanics, is malfunctioning of the breather vent. The task of the breather vent is to ventilate the crankcase. Along with the air that is extracted from the box, engine oil (small amounts) is also sucked in. The problem is that after a few years of use, the oil separator located in the breather vent stops working properly and passes air into the turbocharger inlet pipe together with oil vapours. As a result, the compressor forces air and oil into the intercooler hose.

WORN-OUT PISTON RINGS/BLOWS ON THE ENGINE

The presence of oil in the intake system may also be the result of worn-out piston rings, which results in the oil being blown into the intake system. If the car's engine actually requires replacement of the rings, it is worth checking the other parts (heads). It may turn out that soon after replacing the rings you will have to disassemble the engine again to eliminate another fault.

The reason for oil entering the intake system may also result from excessive oil in the engine. Workshops often pour too much engine oil, most often because of the short time they can devote to the vehicle. Before the oil drains from the motor completely, they fill it with the amount of oil recommended by the manufacturer. That's when the risk of oil appearing in the breather vent increases, which will supply it to the intake system.

up
Shop is in view mode
View full version of the site
Sklep internetowy Shoper.pl